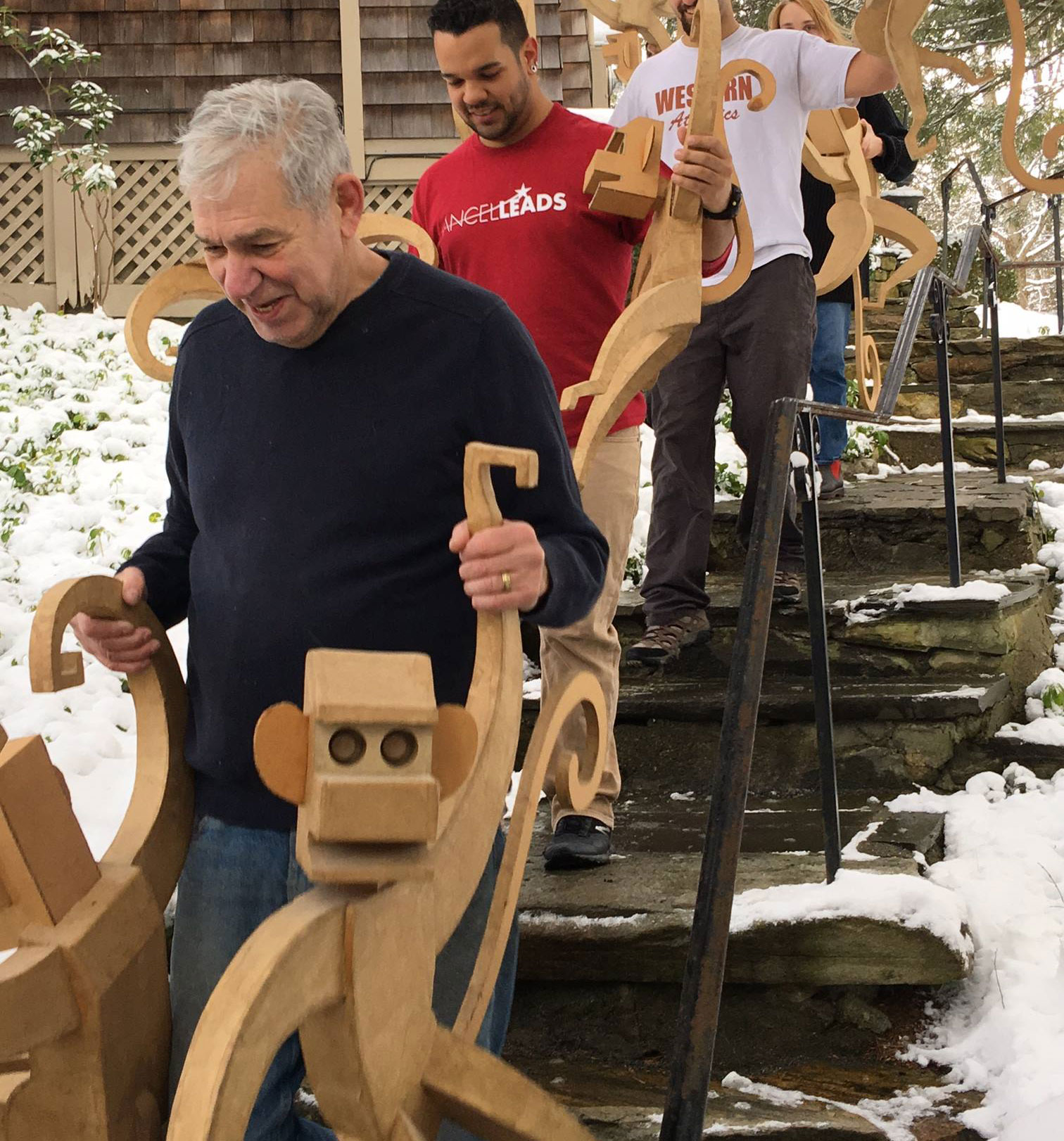 James Grashow was born in Brooklyn in 1942 and has been creating works that address themes of man, nature and mortality since the 1960's.

The scale of his work ranges from large environmental installations, through which the viewer traverses, to the delicate and contained world of his houseplants, where homes and buildings replace flowers and buds in intricately constructed bouquets.

James Grashow is also a well-known woodcut artist. His prints have appeared regularly in the New York Times and in virtually every well known periodical and publication through out the country.

James Grashow attended Pratt Institute where he received a BFA. On graduation, he was awarded a Fulbright Travel Grant for painting and graphics to Florence, Italy. After a year abroad, he returned to Pratt to receive his MFA.

James Grashow had his first sculpture show at the Allan Stone Gallery in 1966, a relationship which continued for over 50 years.

James Grashow lives and works in Connecticut with his wife. They have two children and five fabulous grandchildren.

"For me the fragility and the temporal nature of cardboard really marks my identity. I wish I could believe in forever, but eternity is an illusion."